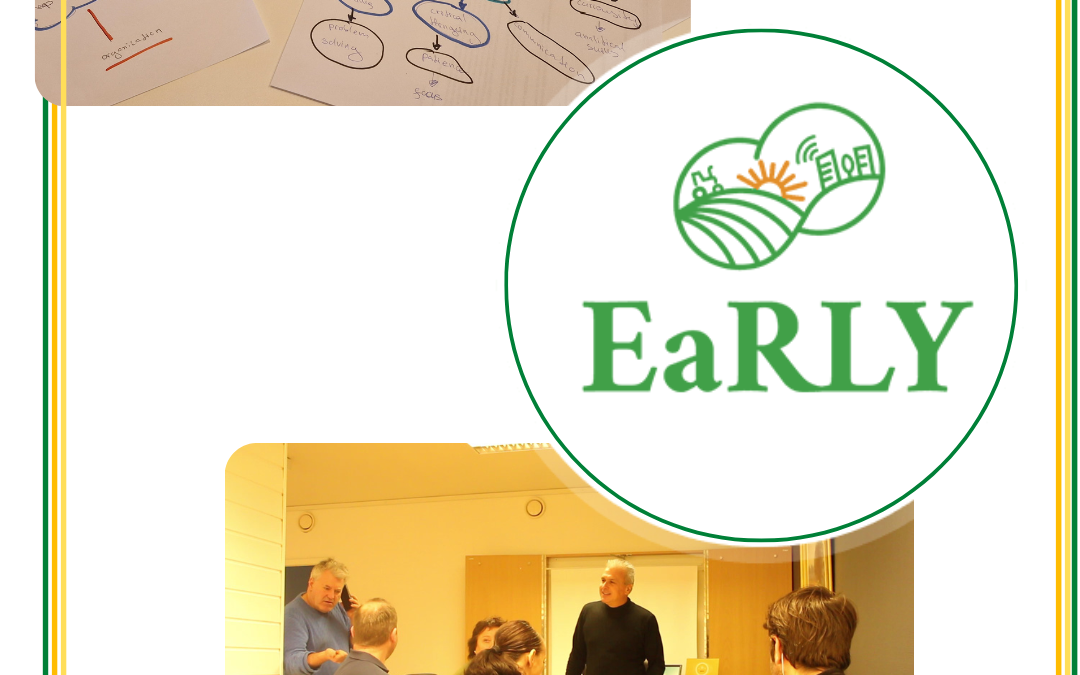 The EARLY MindMapping Workshop was recently held in Norway. The participants identified four key farming traditions along with their respective associated necessary and required skills for their successful completion. The four traditions discussed were the creation of traditional Norwegian brown cheese, the preparation of the sheep head dish, spinning, and the preparation of lutefisk. The participants discussed the kinds of necessary skills required, framed as constantly being developed by the performance of the task at hand itself rather than a talent one is simply born with.

For example, spinning is a tradition that requires a steady hand, but performing the task itself helps a person develop the physical strength necessary to have a steady hand in the first place, as discussed among the participants during the workshop.

We used a MindMapping model in order to map out and understand the skills involved in each mode of farming production. Each skill devolves into two smaller, “lesser” skills which comprise the main skill. As such, the skills the participants discussed, such as patience, which is needed for the production of the sheep head, as with any mode of cooking involving boiling and waiting for the result to emerge, can be further divided into other, lesser, and more abstract skill categories such as “the ability to wait” or “not reacting to outer stimuli immediately.”

To achieve this, the participants were constantly prompted with such critical thinking skills as “What is patience to you?” “How can you explain it?” The same was done for other skills, such as “persistence,” which was primarily viewed by the participants as being a crucial skill involved in spinning.

Overall, the participants expressed that they felt like they had learned something new. Further, they explained that concepts they were previously acquainted with on an automatic response basis had become more clear to them through the fact that they were being asked to deconstruct them in their minds in a more critical manner.

This led to the participants actually thinking about traditions they previously had not thought much about. The idea is that techniques that might appear easy at first glance actually require a substantial amount of skills, techniques, and experience to be learned, with each skill in itself also being constantly and gradually developed as opposed to the tradition being something one is automatically born into. This view and thought experiment generally demonstrate how a tradition is passed down through the generations and should be constantly maintained through constant work and conscious effort.